Claire Elizabeth Foy was born on April 16, 1984 in Stockport, Greater Manchester, England, to Caroline Stimpson and David Foy; she has two older siblings, Gemma and Robert, as well as a younger half-sister from his father’s second marriage. Claire is half Irish, from her mother’s side, as her grandparents were from Dublin and Kildare. She grew up in Manchester and Leeds and, at age twelve, enrolled at Aylesbury High School, a girls’ grammar school, then moved onto Liverpool John Moores University, where she studied drama and screen. She also spent a year training at the Oxford School of Drama. During that time, Claire appeared in plays such as Top Girls, Watership Down and Touched; she graduated from school in 2007 and moved to Peckham (London), sharing a house with friends from drama school. 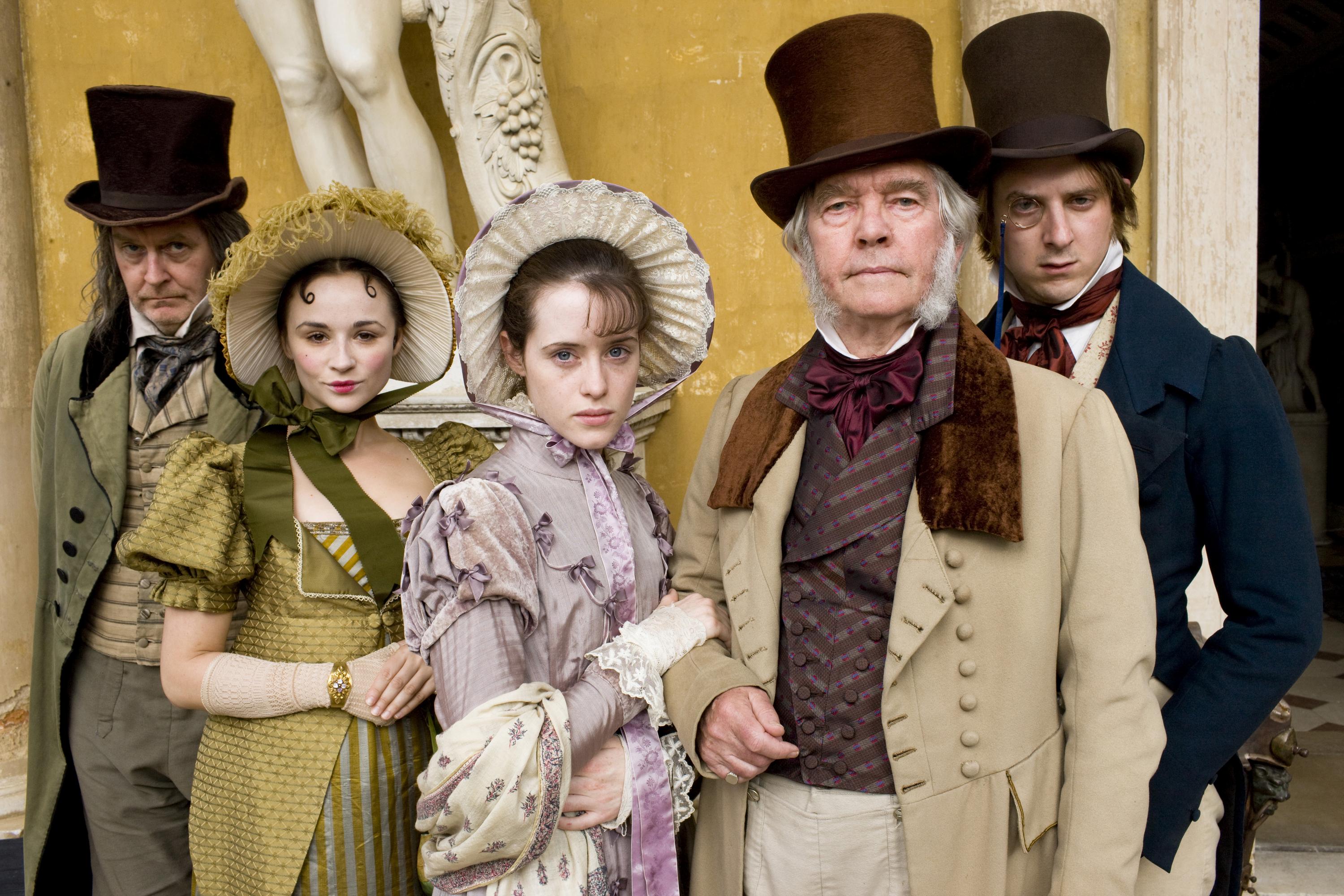 Claire made her television debut in 2008, appearing in the pilot episode of the series Being Human, where she played Julia. That same year, she was casted in an episode of Doctors, as Chloe Webster; before her first starring role as Amy Dorrit on the series Little Dorrit, which was nominated for a Golden Globe and winner of seven Emmys. In 2009, she appeared as the woman in an episode of 10 Minute Tales before heading to the mini-series Going Postal as Adora Belle Dearheart in 2010. Claire starred in the television movie Pulse as Hannah Carter, a film about this woman resuming her studies after her mother had died from cancer a year earlier. Her next recurring role would be the one of Lady Persephone Towyn on the BBC revival series Upstairs Downstairs. 2011 would come and bring television mini-series The Promise, also starring Christian Cooke and Itay Tiran; and she would also be playing Erin Giniver in the television movie The Night Watch, a war drama that won the jury prize at the Madrid International LGBT Film Festival for Anna Maxwell Martin’s performance. 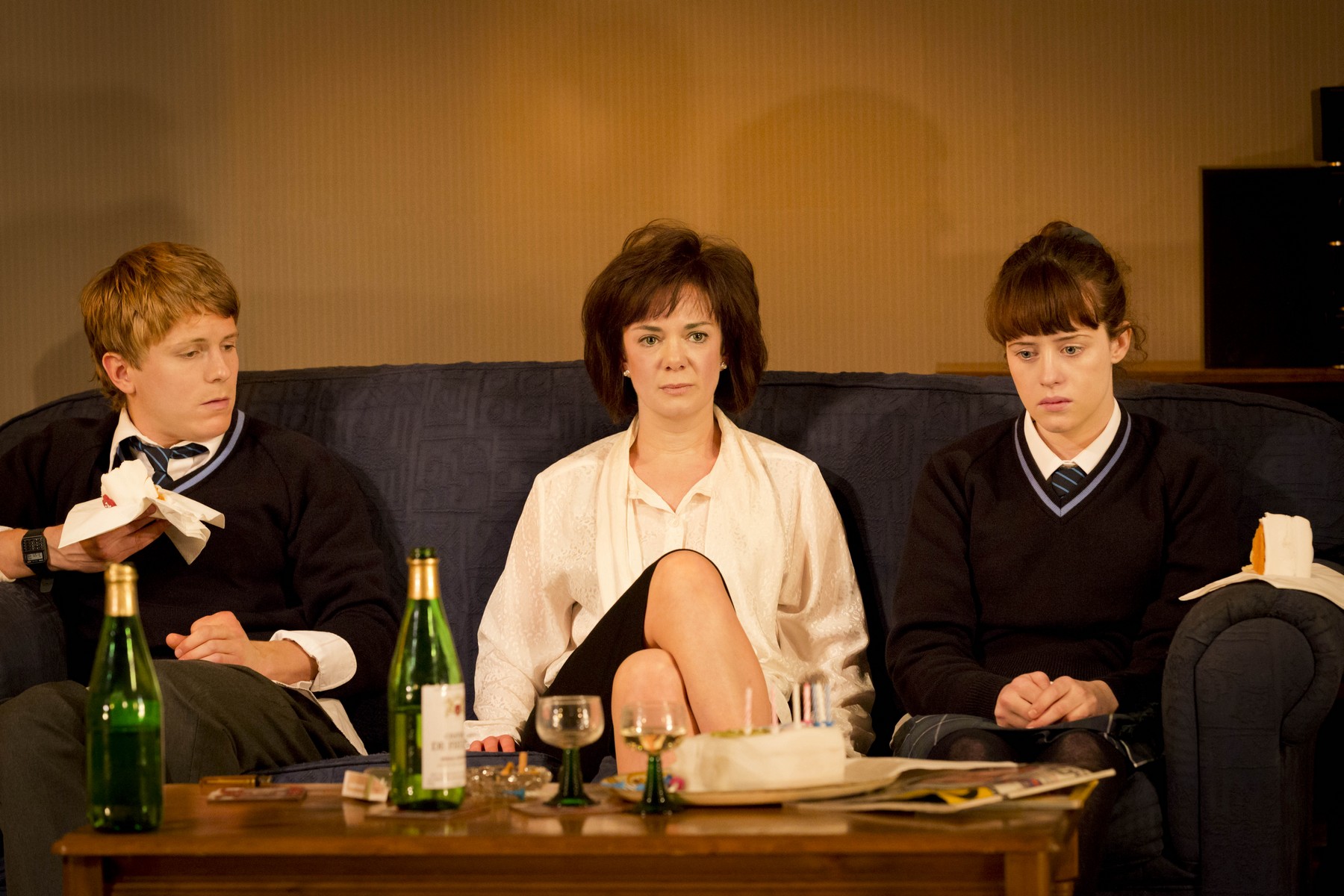 Claire’s film debut would come as playing The Girl in Season of the Witch, starring Nicholas Cage, followed by the role of Dawn in Wreckers with Benedict Cumberbatch. In 2012, Claire starred alongside Michael Kitchen in the television movie Hacks, where she played Kate Loy, and as Rosie for Love, Love, Love at the Jerwood Theatre Downstairs. The play takes place in 1967 and follows Kenneth and Sandra when they find love in a world retiring the baby boomer generation. Later that year, Claire played a young woman holding a flower and a cigarette for the play Ding Dong the Wicked, also at the Jerwood. Coming back to television, her next project comes in the form of the mini-series White Heat, a story about a group of seven Logon-based students from 1965 to the present day, where Claire played Charlotte. 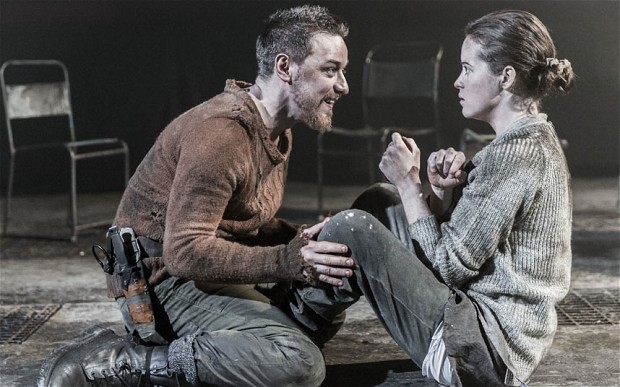 At the beginning of 2013, Claire portrayed Lady Macbeth alongside James McAvoy in Macbeth at Trafalgar Studios; next came Mrs. Karp in the comedic drama Vampire Academy, followed by Rosewater, in which she played Paola and Kate Balfour in Crossbones, alongside John Malkovich. The series was set during the golden age of piracy in the 1700s and centers around the pirate legend, Blackbeard. The following year, she portrayed Helen Bentwich in two episodes of the television mini-series documentary The Great War: The People’s Story, before lending her voice as the narrator for the television movie documentary Frankenstein and the Vampyre: A Dark and Stormy Night. 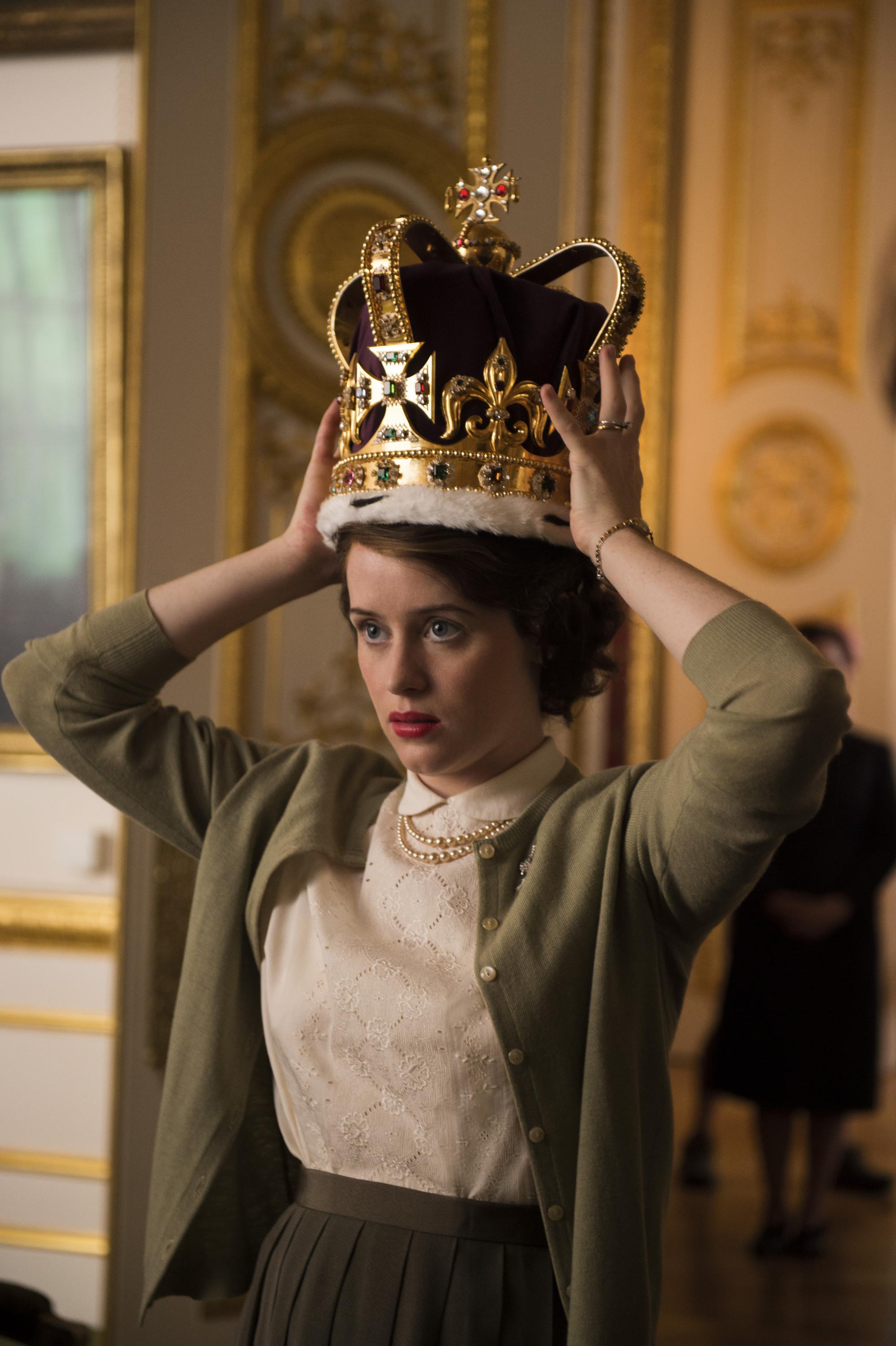 The next year, Claire portrayed Anne Boleyn in the television mini-series Wolf Hall, for which performance she received critical praise and was nominated for a British Academy Television Award for Best Actress. Her next film would come in Maggie Smith’s biographical drama The Lady in the Van as the social worker, Lois. Then 2016 changed Claire’s career for the best making her The Queen herself, Elizabeth II on the series The Crown. The show revolves around the political rivalries and romance during Queen Elizabeth II’s reign. Claire’s performance has earned her a Golden Globe nomination as well as several awards: a Primetime Emmy, a Screen Actors Guild Award win, and a BAFTA nomination, without mentioning the worldwide fame it brought to her. 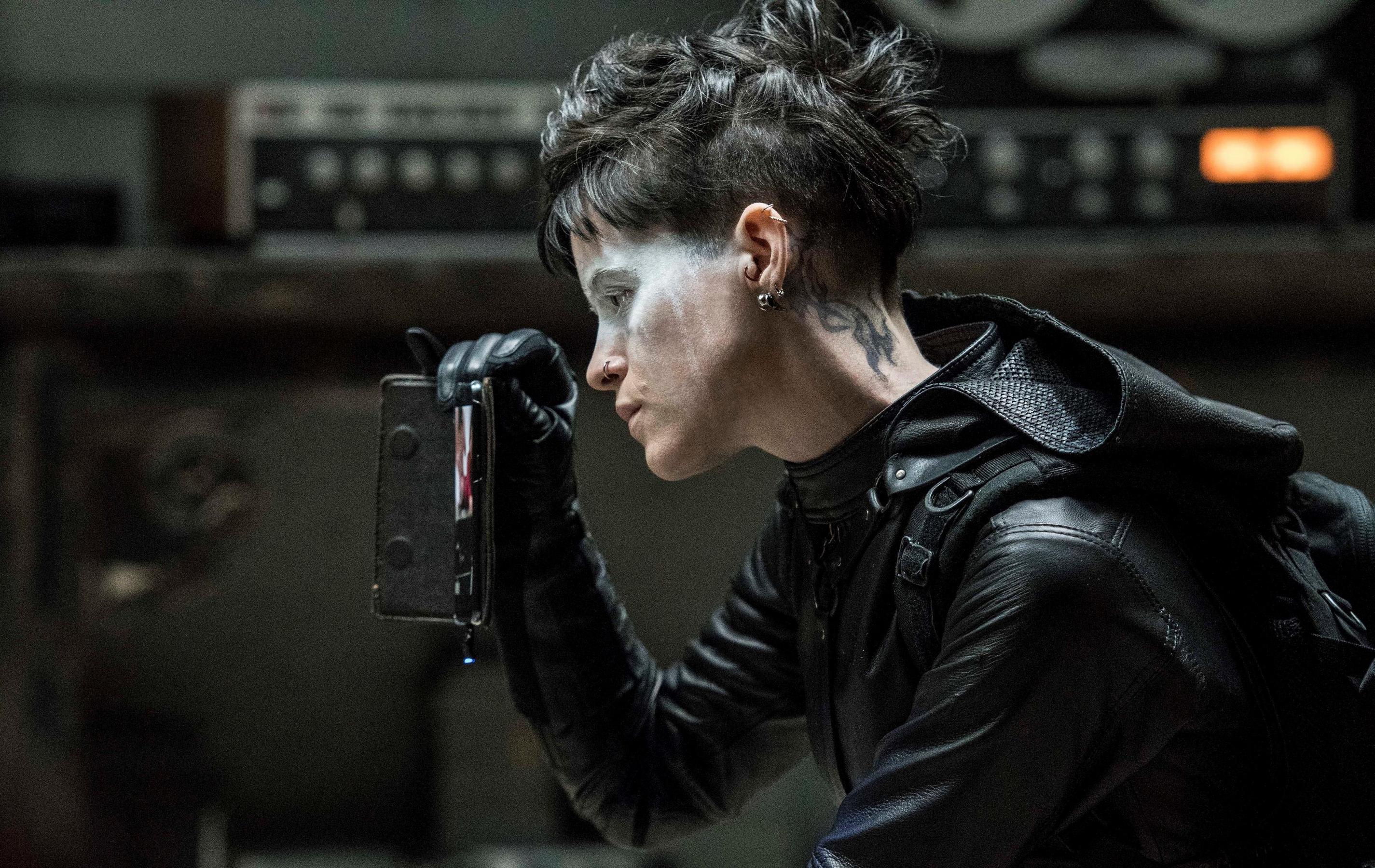 The Girl in the Spider’s Web

And it’s thanks to that fame – and the undoubtable talent and versatility of the actress – that, in 2017, they wanted her to be Diana Cavendish in the biographical romantic drama Breathe, starring alongside Andrew Garfield, Janet Armstrong in First Man (2018), Sawyer Valentini in the psychological thriller Unsane, and eventually the vigilante Lisbeth Salander in The Girl in the Spider’s Web. She was nominated for Best Actress in a Supporting Role at the Golden Globes, BAFTAs, and Critics’ Choice Awards for her role in First Man. Claire returned to the stage in both the UK (Old Vic Theatre), as well as the United States (Brooklyn Academy of Music) for the play Lungs, playing W, in 2019 and 2020.

Her upcoming projects include Louis Wain, which co-stars Benedict Cumberbatch and Toby Jones, and is slated for a release in 2021, as it’s currently in post-production. She will also be joining James McAvoy for the thriller My Son, a film about a 7-year-old son being kidnapped from a campsite in the Highlands. The film is currently in pre-production.

Claire currently lives in North London with her daughter Ivy Rose Moore (born 2015), whom she shares with her ex-husband.

This is an exclusive biography written by Jen for Claire Foy Source. You are NOT allowed to post it anywhere else.