viewing mobile site
Welcome to Claire Foy Source, your original online resource dedicated to incredibly talented British actress Claire Foy. You may recognize her from her roles in The Crown, The Girl in the Spider's Web, Breathe, Wolf Hall, Vampire Academy, Upstairs Downstairs and many others. The contains a comprehensive news archive dating back to 2009 and an extensive photo gallery of events, photoshoots, magazines, stills and more covering the span of her career. Thanks for visiting!
Articles & News The Crown Videos

Claire Foy was fairly unknown until 2016, when she changed everyone’s idea of royalty with her role as a coming-of-age Queen Elizabeth II in Netflix’s The Crown. Foy, who won both the SAG and Golden Globe awards for Best Actress in a Drama, has now proved that she is a star. Here, the British actress talks about how she landed the life-changing role, what it’s like to wear the Queen’s girdle, and everything you can expect from the show’s second final season.

How old were you when you started thinking about becoming an actress?
Probably 20, which is quite late. It never really occurred to me that it was something that I could do really being an actress. I never really thought it was a life or a job or anything that was accessible to someone like me. So it was only when I went to university and kind of got a bit of confidence that I considered it, I suppose.

What was the first thing you auditioned for?
It was a TV show called Being Human (click here for screencaptures). I played werewolf’s ex-fiancé who had epilepsy. And I wore like a really hideous sort of shiny coat with a fur hood. I didn’t have an agent at the time, so I went in just really luckily got the job.

Did you feel immediately like this is it, this is what I want to be doing?
Actually on that first job I had a terrible time and I was really bad in it. And I really struggled. I just didn’t get it. I remember the director shouting at me. “It’s time to start acting now, darling.” I’d never been on a film set in that way before. I had no idea what I was doing. But it was sort of a baptism of fire. But everyone’s got to have it because you can only learn on the job, in a way.

And you were getting increasingly pregnant.
More and more pregnant, and it was getting more and more ridiculous the more pregnant I got going in for these auditions pretending to be the Queen of England. It was just really surreal. And then they offered it to me and I really had to make a kind of really serious life decision at that point. Because I didn’t know what state I was gonna be in after having a child or anything. So yeah, it was a real leap of faith in a way.

How soon after you had the baby did you start doing the show?
Four months after. Looking back now, I just sort of made the decision, I’ll just think about it later. I’ll think about it later. And then what happens when you’re working TV or film, the machine starts happening and you just sort of go along with it in a way. And so that’s what I did. And it’s been amazing. I would have always wanted to go back to work after having a child – always, always. So, it was just I went in at the deep end, I think, in a way.

At the time, were you worried at all?
Yeah, I said to my agent I just don’t know what I’m gonna do. Physically or mentally after having a child you don’t know what you’re gonna be like. It’s a completely life-changing experience. And so he always said, you know, “We’ll, just wait and see.”

I think especially now, and I don’t know what it’s like so much in America, but in England, women going back to work after having a child, it’s not made easy for them. Childcare costs a huge amount of money and you’re sort of made to feel like, it’s very difficult to go back to work and be a mother. It’s just really, really hard. And that’s the role of the mother. So it’s a really interesting thing to go through.

Did you know a lot about the royal family before being The Crown?
No, I didn’t know anything about it. I just never really considered it. I think in England you sort of learn about the monarchs of the past and how they came to the throne, and you have the Tudors and Henry VIII and all those sorts of things, because they’re further away and also they were so much more dramatic, I suppose. You don’t really investigate your modern monarchy. And she is the modern monarchy. You know, she’s 91 but she’s still on the throne. And I supposed it’s just not something that you ever really consider because you just take that person for granted. But I really think it’s worth investigating a person who has lived the life that she has and seen so many changes in political and kind of social – it’s amazing.

What are the costumes like? Did she wear corsets or just girdles?
She just wore girdles really, but I had to wear a corset because I had quite a lot of baby weight in the beginning. I never, ever thought I’d get back to normal. I always thought, this is my body. It’s quite funny actually thinking about it because the costume designer, Michelle Captain, as time gradually wore on, I started to kind of lose [weight]. It’s mainly like your ribs and everything. It took about kind of 18 months to get back to sort of [normal]. But the thing I really noticed, looking back now, I’ve got quite a significantly padded brassiere on because the first series it was all my own work. I’ve never known anything like it. But the second time round they were like, “Ha, where have they gone?” And I was like, “I know. They’ve gone.” So, yeah, the first one I did a lot of my own kind of Queen breastwork, I suppose. Oh, she’d be so ashamed of me.

Do you have any indication that the royals have seen it?
You know, they are mysterious by nature. We definitely know that certain members of the Royal family have watched it and we definitely know that certain members of the household have watched it. We have people on set who have worked for the royal house and they would have a, you know, not a knowledge of whether they watched it. So, they were definitely aware of it. Whether they’ve watched the entire 10 hours of their life repeated back at them, I’m not sure. But you know I hope that it would never be viewed as something that would be a negative or salacious or anything like that. We just tried to tell a truthful story.

We have an amazing man on set, Major David, who is incredibly vigilant about [all the details] – that footman would never open that door, his badges would never be on at that angle. So we’ve got somebody who’s constantly checking that we’re doing the right thing because we’d never get it right on our own. We need like an overlord telling us what to do.

In the first series, the Queen is quite young. What’s next for the show?
Yeah, well that was the great thing about the first series, that you saw an evolution of a person which I think is lovely. The second series will be interesting because it will be different, I think. [It starts] where we left off, so ’63. So get kind of Tony Armstrong-Jones, and the swinging sixties.

And, of course, your sister?
Margaret, yeah. She’s naughty. Very minxy. She gets even naughtier even though she gets married. The naughtiness just continues. And I just get more and more, you know…. There’s lots of references to my age in this series, which is interesting. I don’t know whether life is imitating art or the other way around. I don’t know what’s going on but yeah, it is interesting to see her change in this one.

Are you sad?
Oh, I’ll be so – I mean, I’ve always known that we were gonna just do two series. So it’s lovely having known that and now it’s coming to an end and it feels like it’s time for us to finish, definitely. But I just – I’ll just miss everyone so much. It’s just the most wonderful group of people. And also it’s been a really special time in my life and I’ll always remember it for that, from having a child and doing this extraordinary thing and having all of these extraordinary experiences, all because of this one character. It’s quite amazing. I’ll look back very, very fondly. Or I’ll cling onto it.

Source
by Mariana
No comments 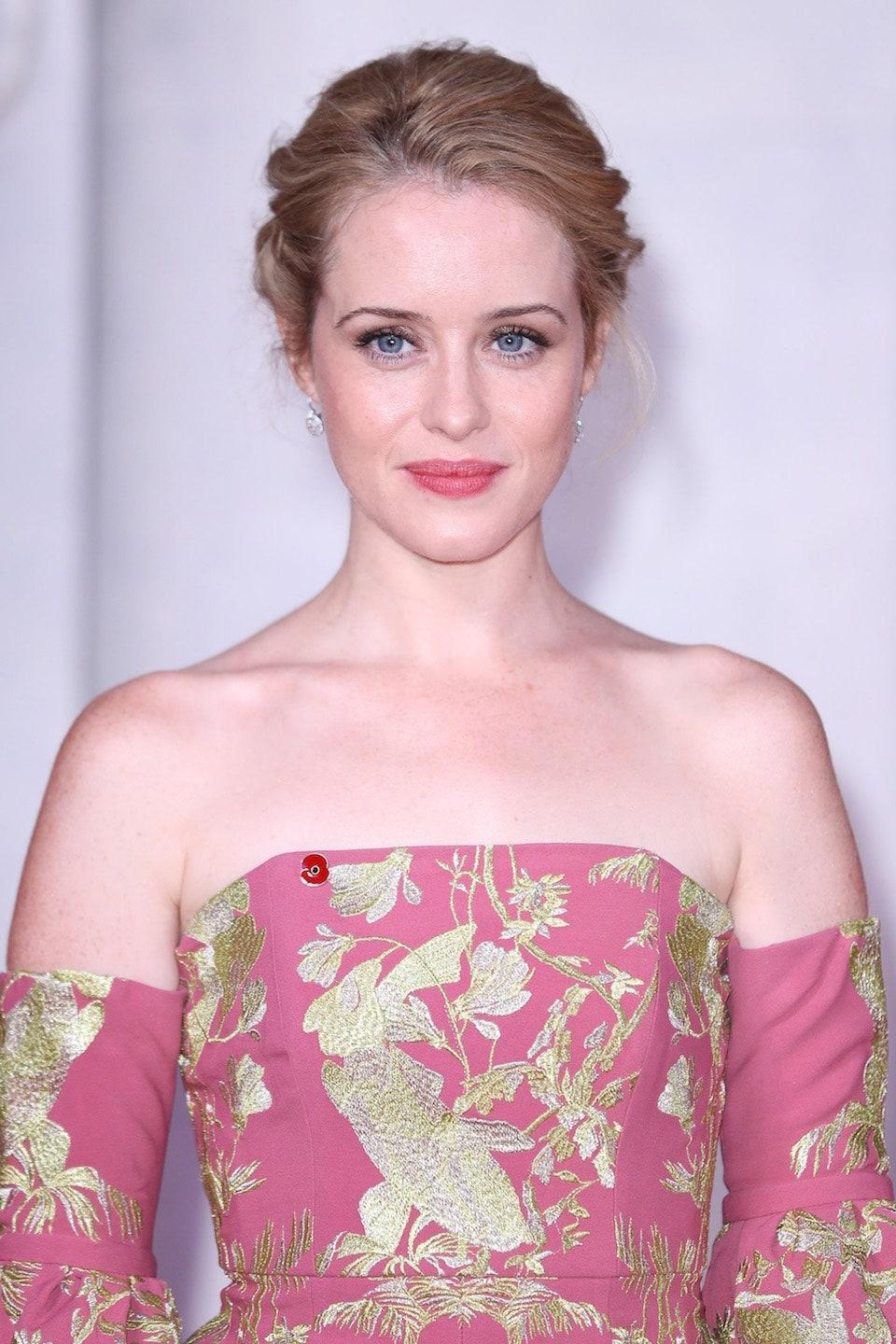 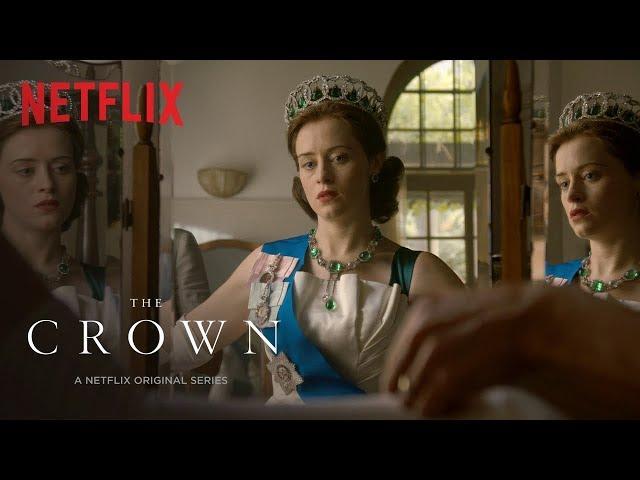 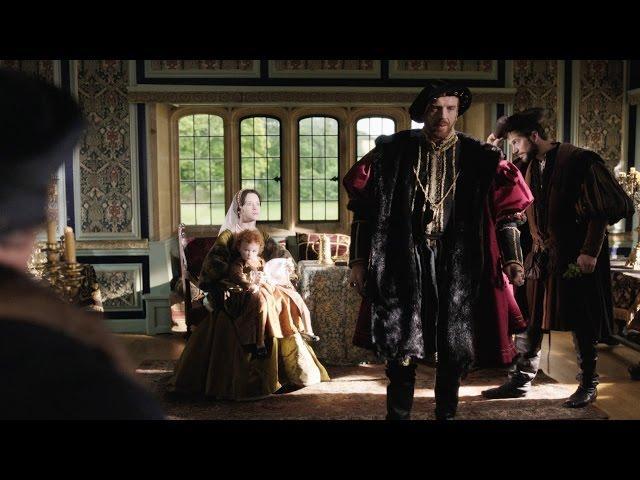