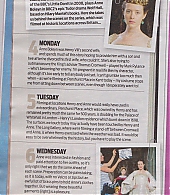 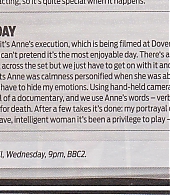 Claire, 30, who made her name in the title role of the BBC’s Little Dorrit in 2008, plays Anne Boleyn in BBC2’s epic Tudor drama Wolf Hall, based on Hilary Mantel’s books. Here she takes us behind the scenes on the series, which was filmed at historic locations across Britain.

Thanks to Chuckie for the scans.

‘She was once given the title of Queen. Mistakenly’ – Wolf Hall: Episode 5 Preview – BBC Two 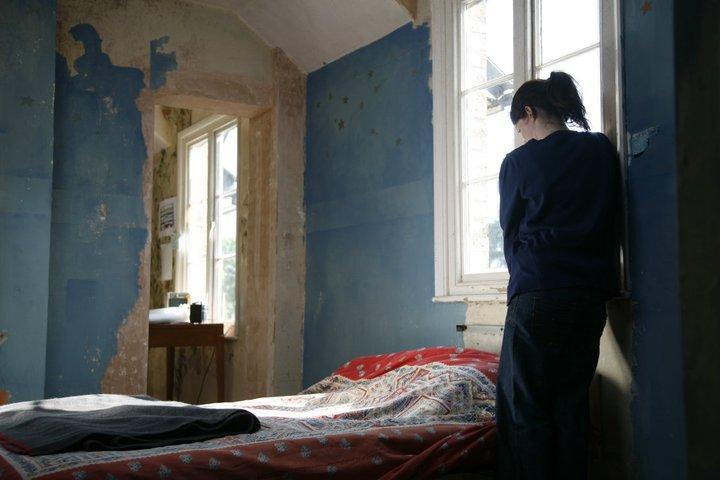