viewing mobile site
Welcome to Claire Foy Source, your original online resource dedicated to incredibly talented British actress Claire Foy. You may recognize her from her roles in The Crown, The Girl in the Spider's Web, Breathe, Wolf Hall, Vampire Academy, Upstairs Downstairs and many others. The contains a comprehensive news archive dating back to 2009 and an extensive photo gallery of events, photoshoots, magazines, stills and more covering the span of her career. Thanks for visiting!
Articles & News Magazines 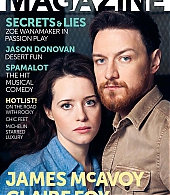 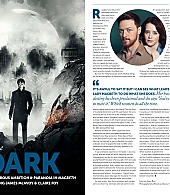 Roughly how old are the Macbeths?

We know they have had at least one child, presumed dead, but beyond that Shakespeare offers no further clue. Such is the trajectory of their moral degradation that audiences, and indeed casting directors, tend not to think of the Thane of Glamis and his wife as still having the bloom of youth on their cheeks. Thus the lead role can happily be taken on by someone in his 60s, as happened with Patrick Stewart when the play was most recently revived in the West End.

But now the Hollywood star James McAvoy brings the zip and springiness of someone known mainly for playing callow young men in the likes of The Last King of Scotland, Atonement and The Last Station. He turns 34 during his run in the role at the Trafalgar Studios, and the latest King of Scotland is joined in matrimony to Claire Foy, who turns 29 in April but looks young enough to have twice played teenagers in 2012: at the Royal Court in Mike Bartlett’s Love Love Love and in the BBC drama White Heat.

McAvoy and director Jamie Lloyd have been cooking up this much anticipated reinvention of Macbeth since they worked on Three Days of Rain in the West End four years ago, but in fact the Scottish film star has had half an eye on Macbeth for nearly a decade, since he played the lead in a BBC series Shakespeare Retold which punchily updated six of the plays to the present day.

James McAvoy on playing Macbeth in the BBC’s Shakespeare Retold series: “It was a fantastic experience,” he recalls. “I was very young. I think I was about 25 or 24. And that made me think, obviously this isn’t Shakespeare’s text but it’s quite interesting having a young Macbeth because what you get is him and Lady Macbeth perceived to be throwing away their future, all through ambition. And it makes their loss all the sadder when he delivers the ‘Tomorrow and tomorrow and tomorrow’ speech, which is an expression of utter blackness and fatalism.” Claire Foy, playing Lady Macbeth, concurs. “I had all these received ideas about what age she should be. It’s more depressing if they’ve got their whole lives to lead.”

For both actors, their first encounters with the play were at school. Foy, like many who will come to see the production, studied it at GCSE. Aged 15, McAvoy had a more personal, even life-changing experience when the actor David Hayman, who had played Lady Macbeth at the Glasgow Citizens, came to his school to give a talk. “That was the first time I really became aware of Macbeth,” he recalls, “as well as the idea of acting as something that somebody might be able to do one day.”

He duly saw several productions – his first was in Leith “and I just remember thinking that it was thrilling”. Since formulating the desire to play the part, McAvoy has made sure not to see other productions. “I thought I’d like to do this one day and I don’t want to be bound into not doing something because I’m worried that somebody else made a similar choice.” It sounds as if, like Macbeth, he knows a thing or two about ambition.

Foy on the other hand did not have the opportunity to be quite so strategic. “I never thought that I would ever get to play this part or do Shakespeare. I wasn’t longing for it.”

And yet, unusually for a young actress in leading roles, she is at least familiar with the idea of not having the audience on her side: among several feisty and even unpleasant characters, she has played a spoilt young Fascist sympathiser in Upstairs Downstairs and a ballsy tabloid editrix in Channel 4’s hacking saga satire Hacks.

“When I got the audition for Macbeth,” she confides, “it’s awful to say it but I can see what leads her to do what she does. Her husband’s destiny has been proclaimed and she says ‘You’ve got to meet it.’ Which women do all the time.”

To fit in with a predominantly Scottish ensemble, and her Scottish husband, Foy is attempting the accent. Not that McAvoy sees the Scottish play written for England’s Scottish king James I as a Scottish play. “It’s not got a Scottish voice. It’s written for an English voice. But it is historically set in a place depicted by Shakespeare as brutal and violent, incredibly superstitious, and that’s something that I do believe is Scottish.”

He is all Scottish courtesy to his co-star, mind.

“The funny thing is you would never ever ever think the man is this movie star,” says Foy. “He’s just so down to earth. He could turn round to me and go ‘Your accent is shocking!’ I have to remind myself to actually stop looking at him.”

by Mia
No comments 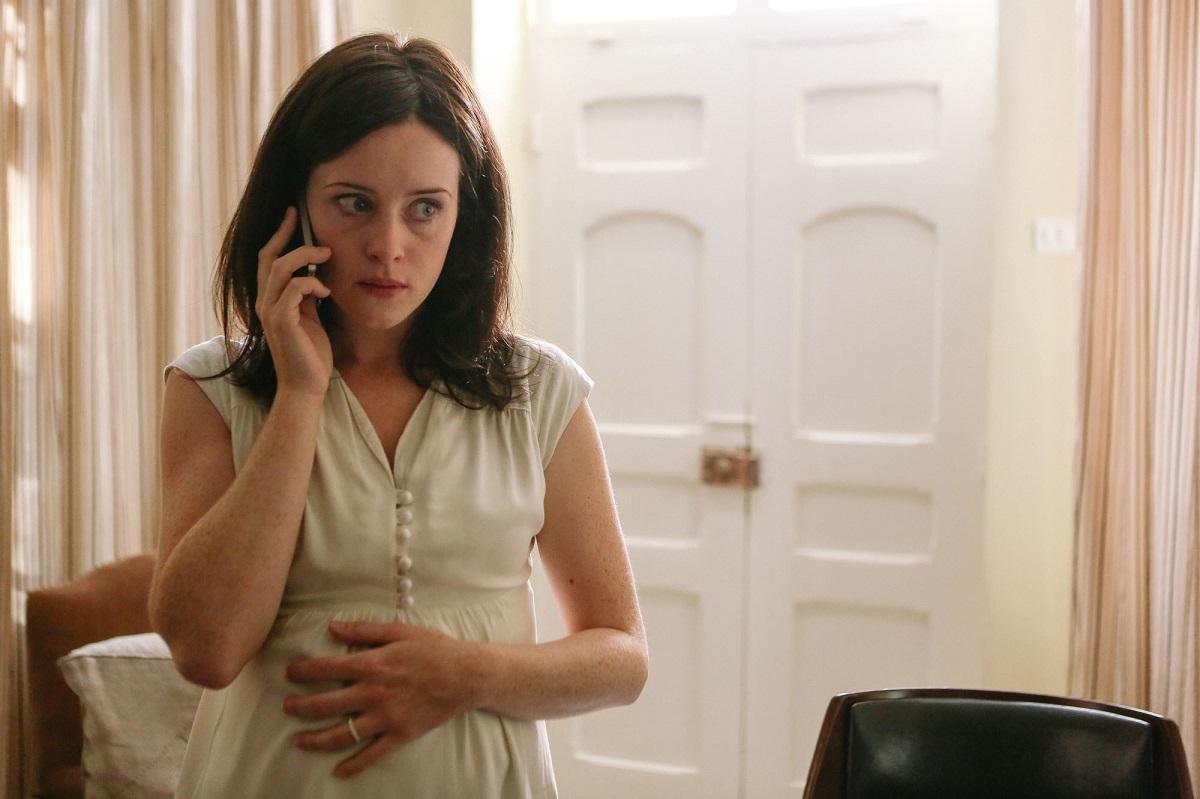 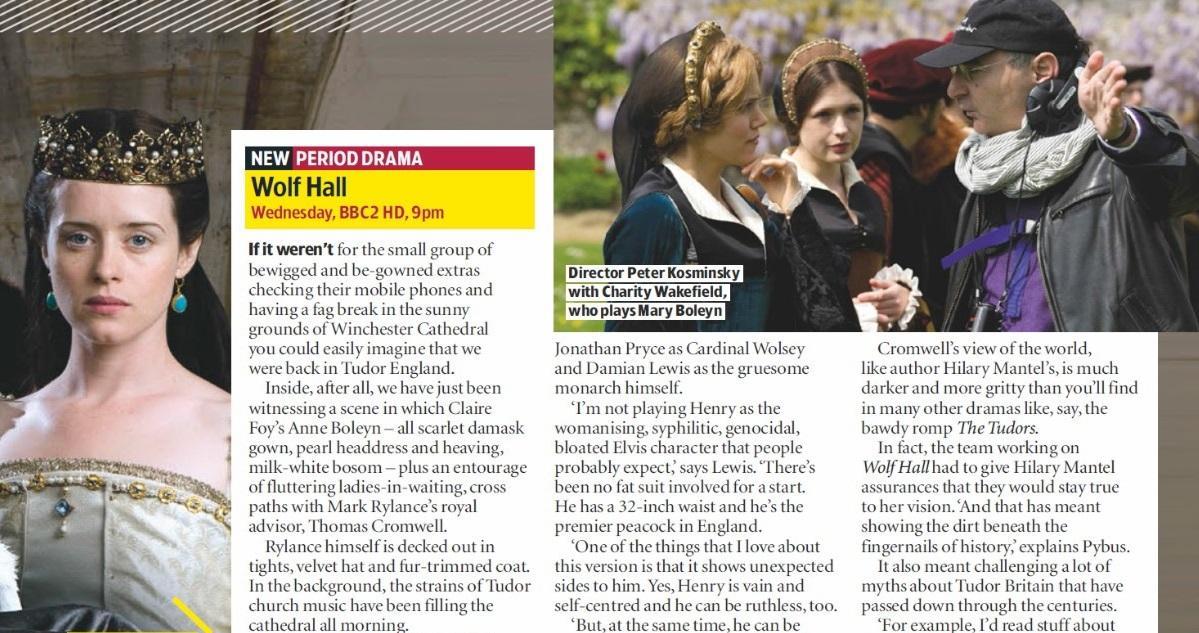